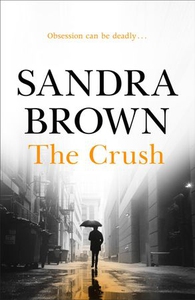 Obsession is about to get deadly . . .When Dr Rennie Newton is summoned to jury duty, she brings to the courtroom the same degree of dedication and composure that she displays in the operating room. And it is this commitment to duty and precision that compels her to return a not guilty verdict in the trial of notorious killer, Ricky Lozada. But it might prove the most regrettable decision of her life . . .When a rival colleague is brutally slain, Rennie is cast as prime suspect even though Lozada's menacing shadow looms over the murder. Not only does Lozada seem to be insinuating himself into every aspect of her life, but the police also seem intent on invading her privacy - particularly Wick Threadgill, an embittered detective with vengeance on his mind and a point to prove. As the stakes continue to rise, Rennie and Wick decide to forge an uneasy alliance - but what they both have yet to realise is that when the killer strikes, they won't see it coming . . .***********
Praise for Sandra Brown 'Suspense that has teeth'
Stephen King