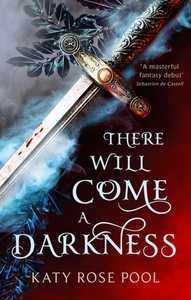 There Will Come a Darkness ebok

THE AGE OF DARKNESS APPROACHES.
FIVE LIVES STAND IN ITS WAY.

For generations, the Seven Prophets guided humanity - until they disappeared, one hundred years ago.

They left behind a secret prophecy, foretelling an Age of Darkness and the birth of a new Prophet who could be the world's salvation . . . or the cause of its destruction. As a dark new power rises, five souls are set on a collision course that will determine the fate of their world:

One of them - or all of them - could break the world. Will they be saviour or destroyer?

'Unforgettable . . . feels both utterly original and like the best of classic fantasy' Tasha Suri, author of Empire of Sand

'A well-crafted, surprising and gripping start to a new trilogy' Kirkus